All your preferred Greeks are going someplace in “Hadestown,” the luxurious, sleep-inducing and to some degree hyperactive melodic that opened on Wednesday night after its twisty 13-year street to Broadway.

Eurydice slides to the black market; Orpheus follows to recover her. Persephone goes through a half year over-the-ground enjoy a quality lifestyle of summer and tune before returning for a half year underneath with Hades. Hermes has wings on his feet. Also, the Fates are continually dashing about, disapproving of everybody’s business. 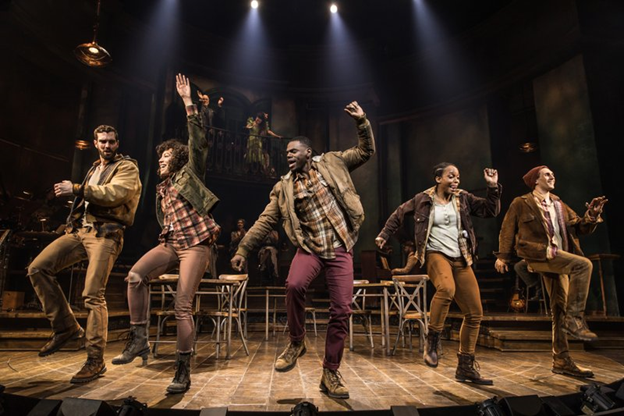 However, watching “Hadestown” unfurl so perfectly at the Walter Kerr Theater, I ended up considering other Greek characters: those fortunate scarcely any spared from catastrophe by radical transforms.

That is because “Hadestown” — composed by Anaïs Mitchell, created and coordinated by Rachel Chavkin — has itself been profoundly changed. What’s dramatic at the Kerr is unrecognizably not the same as the rendition I saw at New York Theater Workshop in 2016. There, it was jumbled and valuable, unreasonably cool to its benefit, not to mention Broadway.

The divine beings, or almost certain Ms. Chavkin and her imaginative group, have spared “Hadestown” on its way uptown — through Edmonton and London — by transforming it into something particularly hotter, if not yet preferably warm. The story is clearer, the melodies express that story all the more legitimately and the bigger subjects emerge from it normally instead of requesting quick consideration like zealous students.

The total of tickets for Hadestown New York what this has been finished with scarcely a change to the plot, which cunningly joins its two fantasies into one. In Ms. Mitchell’s telling, Eurydice ends up in hellfire on account of the ice and starvation that follow when Persephone pays Hades her yearly marital visit. What’s more, since Hades currently feels weak at the knees over Eurydice, it’s the envious Persephone who persuades him to let Orpheustake her back.

Indeed, even Hermes, who doesn’t generally have a place in either story, has been enlisted to describe, contextualize and kibitz. What’s more, why not, on the off chance that it allows the incomparable André De Shields to slide around in silver sharkskin? It’s he who lets us know — in what is presently, effectively, the initial number — that what we’re going to hear is “a pitiful melody” regardless of how cheerful it sounds. Likewise, that he’s “going to sing it in any case.”

That is a decent précis of the first legends, however, Ms. Mitchell, intrigued by them since adolescence, has taken them further as she extended the material from the tune cycle to idea collection to appear. In the account of Orpheus and Eurydice she pulls on the pressure among workmanship and home life: What great is magnificence in case you’re ravenous? Furthermore, the battle among Hades and Persephone normally turns into an anecdote of environmental change, in which the pillaging of the earth is similar to unfaithfulness.

To come to these meaningful conclusions, Hadestown moves the story to earth that takes after cheeky New Orleans, with damnation a wicked foundry. In that capacity, Ms. Mitchell’s score consolidates people, pop and Dixieland with musical work shanties and, for the darlings, ethereal arias. Every last bit of it sounds incredible in swinging game plans for a breathtaking seven-piece in front of an audience band.

Other than some reordering, that is for the most part similarly as it was three years prior — in any event on a superficial level. Yet, on the off chance that there’s one thing this “Hadestown” is pushing, the thought the main thing is going on where you can’t see it.

Underneath the hood, a million little modifications have been made, particularly to the verses, which have shed a portion of their pop fog for explicitness. The Fates, a young lady bunch trio, presently feel increasingly fundamental to the activity, not simply clever analysts on it. What’s more, another ensemble of five hunky laborers grows the sound as well as the topic of security achieved to the detriment of opportunity. 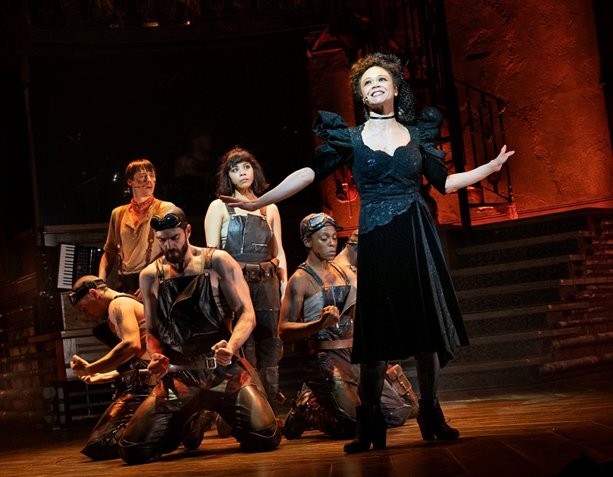 However, the clearest change is visual: “Hadestown” is presently performed on a proscenium stage rather than in a scaled-down Greek amphitheater. Although still high-idea, Rachel Hauck’s single set portrays a conspicuous thought of spot: a cellar jazz joint that marvelously transforms into the heater room of Hades’ production line. This is meaningful of the creation’s decision to convey the story to the crowd in as near the Broadway way as the material can suit.

In truth, it can unfortunately oblige a limited amount of a lot. “Hadestown,” even with the warmth turned up, is as yet a to some degree theoretical experience, intervened by a few layers of portrayal from Hermes, the Fates, and a significant number of the melodies. An inclination is as prone to be portrayed as authorized, and Ms. Mitchell builds up her bigger topics generally through illustration. This can get tiring; although such a large amount of what happens flawlessly, I started to feel it would be better shorter.

The principle story experiences most this issue: Outside of their arias, Orpheus and Eurydice are tastelessly composed and hence performed. What starts as a brilliant riff on “Lease” — poor bohemian young lady succumbs to a performer who can’t complete his tune — before long gets unclear and only lovely. Endeavors to muddle the characters’ brain science reverse discharge, and their climactic rising from the black market, the one thing that worked superbly downtown, presently doesn’t. They just stroll around and around.

Fortunately, the subsequent story is immediate and clear all through. Mr. Page, shaking a Leon Redbone look and thunder, makes an electrifyingly evil Hades, even without hyping the Trumpian matches that have overwhelmed the material.

What’s more, Ms. Dim, never better, makes something very splendid out of Persephone: a free soul, an unstable presence, a first woman co-picked by riches yet genuinely incendiary. When, as a feature of the blind call, she sings the score’s loneliest number — “I Raise My Cup” — you finally wish the show would back off so you could live in the glowy second until the end of time.

En route there, Ms. Chavkin has most likely come as close as possible to selling a cerebral midtown story as cutting edge Broadway amusement. Like the sets and melodic courses of action, the outfits, the lighting (by Bradley King), and the sound plan are at least somewhat great.

The outcome is similarly as hectically lovely as Ms. Chavkin’s creation of “Natasha, Pierre and the Great Comet of 1812” — and increasingly cognizant. Which nearly gets you over the hiccup that a show so on a very basic level despondent is currently so forcefully inviting.

Try not to let that divert you, however, from its peaceful point, covered in a verse close to the end: that we sing the miserable tune over and over how we play solitaire: “as though it may turn out this time.”